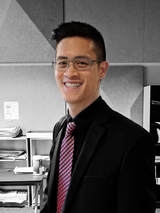 Jonathan Jow's journey into the professional music realm has its starting points rooted in Saratoga’s music programs. He has been teaching in Saratoga for eleven years, first as the music program assistant for three years, thoroughly enjoyed a year as one of two elementary music teachers, and currently serves as the lead music director at Redwood Middle School, 5th grade band co-teacher, and Saratoga USD instrumental coordinator. A regular face to Saratoga music students since the Fall of 2006, Mr. Jow has actually been involved coaching and teaching music in the community since graduating from Saratoga High School more than a decade ago. Embedded in his teaching comes a genuine love of the very same programs for which he now works. He is alumnus of the current "era" of SUSD and Saratoga High music programs including its very first strings class during his fourth grade school year, the Redwood choir, concert bands, marching bands, jazz bands, and even guard for a winter season.

A native Saratogan, Mr. Jow was actively involved in his larger school community, serving positions from representatives to presidents of various school student councils and other student organizations throughout elementary to high school and receiving various recognitions including Redwood's Molly Woodruff Leadership Award. He served as a drum major of the Saratoga High Marching Band for two years and participated in numerous Santa Clara County Honor Bands and the California All-State Honor Band. Mr. Jow is also a recipient of many Saratoga Music awards, the most notable being the Roland Schwab 8th Grade Music Scholarship, Saratoga High School Outstanding Bandsman, the John Philip Sousa Band Award, and the Louis Armstrong Jazz Award – all voted upon him by his peers. He was honored as a 2011-2012 Redwood teacher of the year and received the CMEA Gilbert T. Freitas Award for Achievement in Music Education in 2015. Most recently, Mr. Jow was honored as the 2016 Saratoga USD Teacher of the Year.

Mr. Jow attended U.C. Berkeley for his undergraduate education and received a B.A. in Mass Communications/Media Studies as well as a minor in Music. He graduated with high distinction in general scholarship (magna cum laude) and highest honors in his major. His academic excellence yielded him invitations and membership into the Golden Key International Honour Society and Phi Beta Kappa. Soon after graduating from Cal, Mr. Jow continued his studies in music at San Jose State University, from which he received his music credential to pursue a career in education. In addition to his academics, he studied saxophone with Professor Dale Wolford, played in the SJSU Saxophone Ensemble, the SJSU Symphonic Band under the direction of Dr. Diana Hollinger, and the SJSU Wind Ensemble under the direction of Dr. Edward Harris. In addition to teaching, Mr. Jow has also served as an Area Representative for CMEA Bay Section from 2012-2015.

Mr. Jow’s ultimate goal is to pursue both of his passions of music and media literacy, both of which he feels are often overlooked and underrepresented but vital in our modern school system to provide students with a comprehensive and meaningful education to face the challenges of the 21st century.